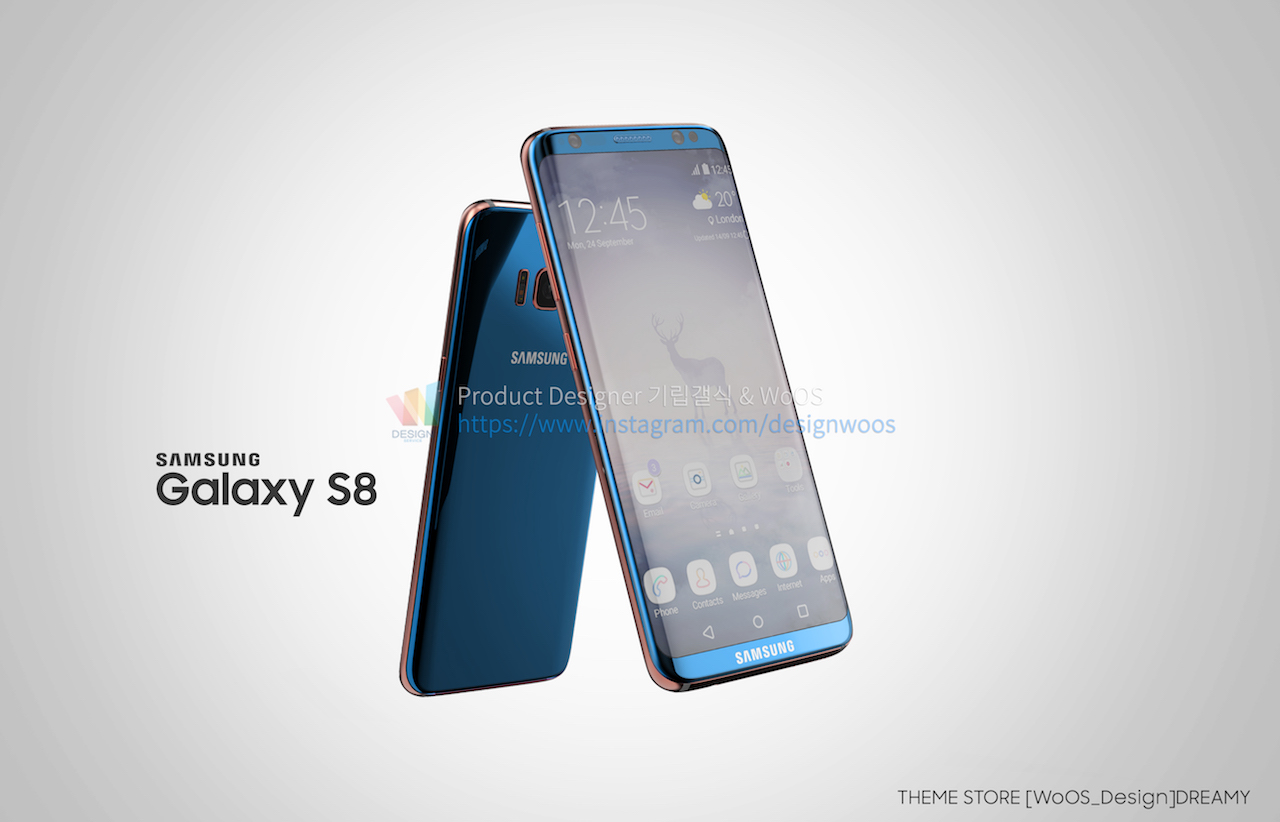 Galaxy S8 is catching up steam as we get closer to the unveiling which is said to be in late March. Over the past few weeks, We’ve seen numerous leaks about Samsung Galaxy S8; some claiming they are real, some obviously fake. Some are just renders from independent design studios specialized in product design based on rumors so far.

Our latest renders come from the Korean studio DesignWoOS which presents us with the clearest look at the designs yet. The renders also include the device in some flashy new colours which are unlikely to happen as well but these are renders so that doesn’t matter much.

Samsung Galaxy S8 will come with 5.8” display while its bigger Samsung Galaxy S8+ will feature a 6.2” display and will have a bigger battery as well. Both devices will come with Android 7 Nougat out of the box. The new leaks also claim that it will have a fingerprint sensor at the back which I still believe is a stupid move and the stupidest place they could put the fingerprint scanner.

Have a look at the images and drop your reaction below.