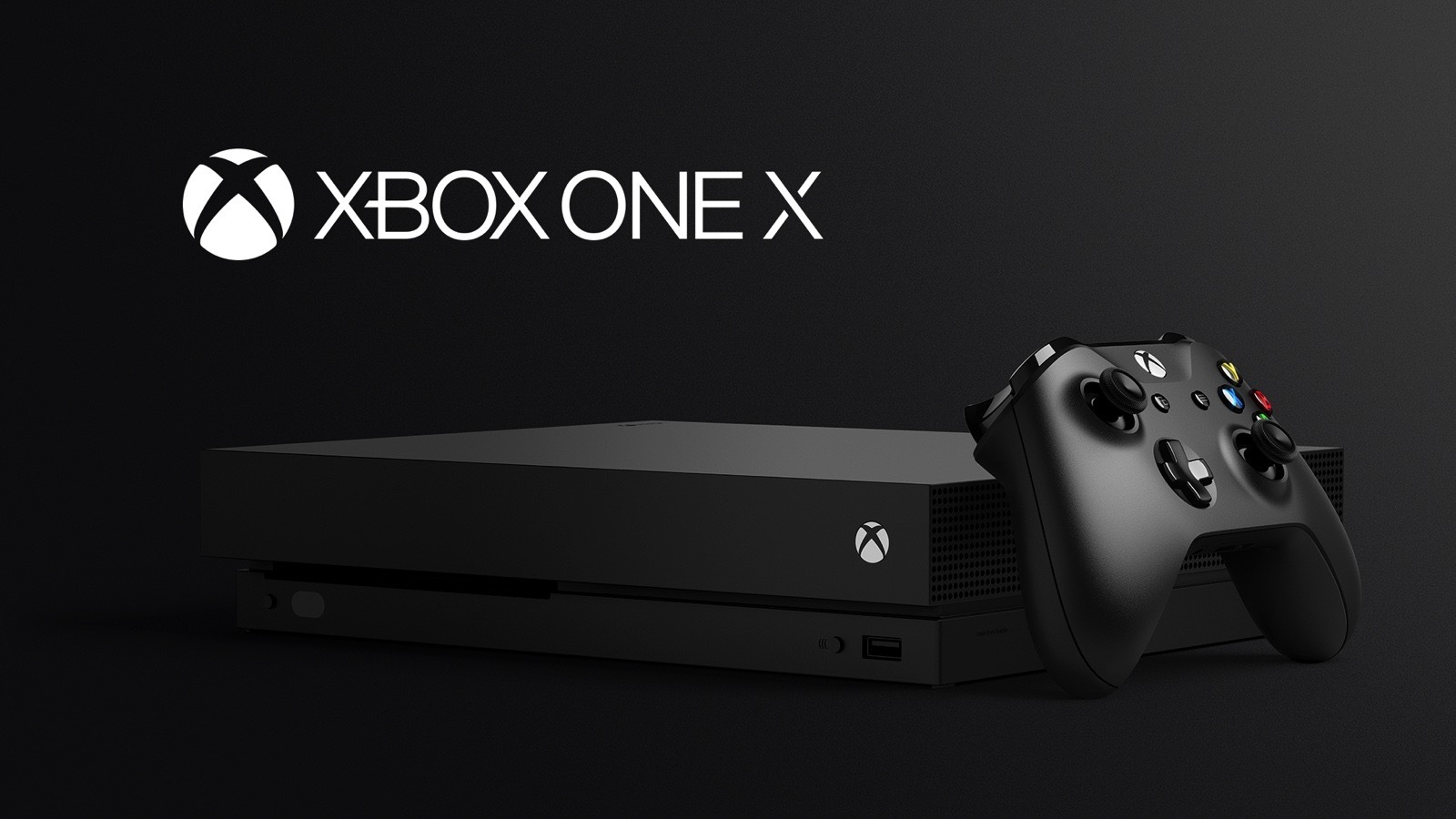 The big news here is support for True 4K on the console, Finally. Most of us with 4K TVs, (including myself) were just waiting to upgrade to a new console but didn’t do it because of the lack of 4K but now it’s here. Could this be my next console? Probably.

The new console will ship with 6 teraflops of graphical power, more than its main competitor, the PS4 Pro, with 4.2 teraflops. Microsoft is using a custom GPU engine on the Xbox One X that runs at 1172MHz, a big increase over the Xbox One’s 853MHz and even Sony’s 911MHz found on the PS4 Pro. Microsoft is also shipping the Xbox One X with an Ultra HD Blu-ray drive for 4K movies and entertainment, and 1TB of storage. Even with all of this, the console is still very small in size, which is awesome. Microsoft says the new Xbox One X is the “smallest Xbox ever,” and the black design looks very similar to the existing Xbox One S.

Microsoft has previously promised that 900p and 1080p Xbox One games should be able to run at native 4K on the Xbox One X, and that existing Xbox One and 360 games will see a noticeable performance boost. Scorpio also features liquid-cooled vapor-chamber cooling inside, a technology that’s used on high-end PC gaming cards like the GTX 1080.

Good news for all Xbox One users is that all existing Xbox One accessories will work on the new Xbox One X, alongside all existing Xbox 360 backwards compatible titles and Xbox One games. Microsoft is planning to use “super sampling” on the One X to make new games look better even on 1080p TVs.

The rear of Microsoft’s new console is based on the Xbox One S, with a HDMI-in port and no dedicated Kinect port. For now, Microsoft is only shipping the Xbox One X with the black design and 1TB of storage. 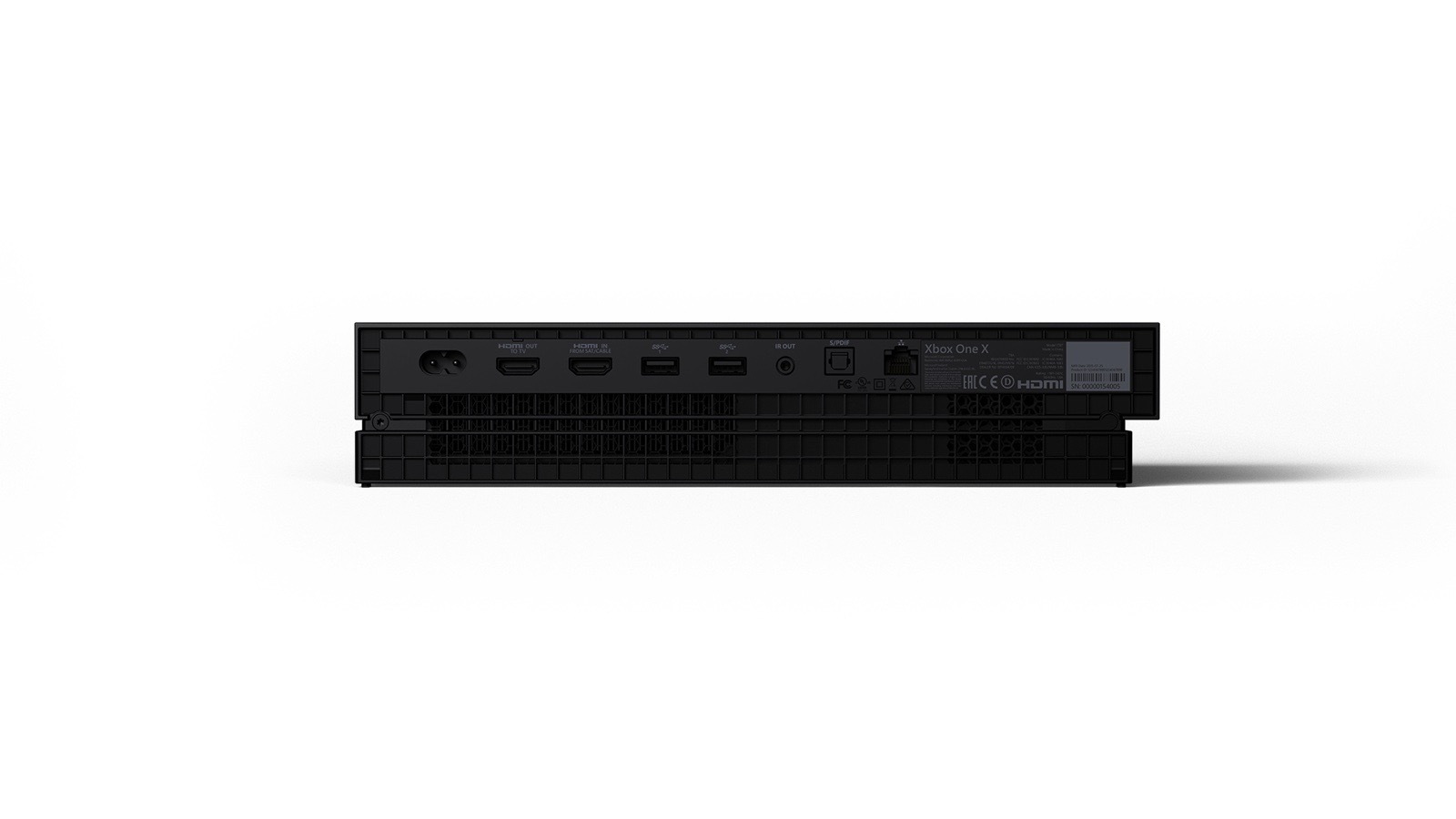 One of the first titles for the new console is Forza Motorsport 7, running at native 4K and 60fps. For a closer look at the latest Forza, check out the exclusive gameplay video below. Forza Motorsport 7 will debut on October 3rd.

Microsoft has 22 “console launch exclusives” arriving on the Xbox One X, including Crackdown 3, Forza Motorsport 7, and Sea of Thieves. Microsoft’s Xbox chief, Phil Spencer, introduced a number of new titles and left most of the company’s E3 press conference up to the games themselves. Microsoft is even bringing original Xbox games to the Xbox One family, starting with Crimson Skies.

The new Xbox One X will debut worldwide on the 7th of November and will be priced at priced at $499, which is quite a lot. Not sure how many people (even with 4K TVs) will go ahead and spend that kind of money on this when you can get the regular Xbox One for half the price. Let me know if you’re going to be one of them.