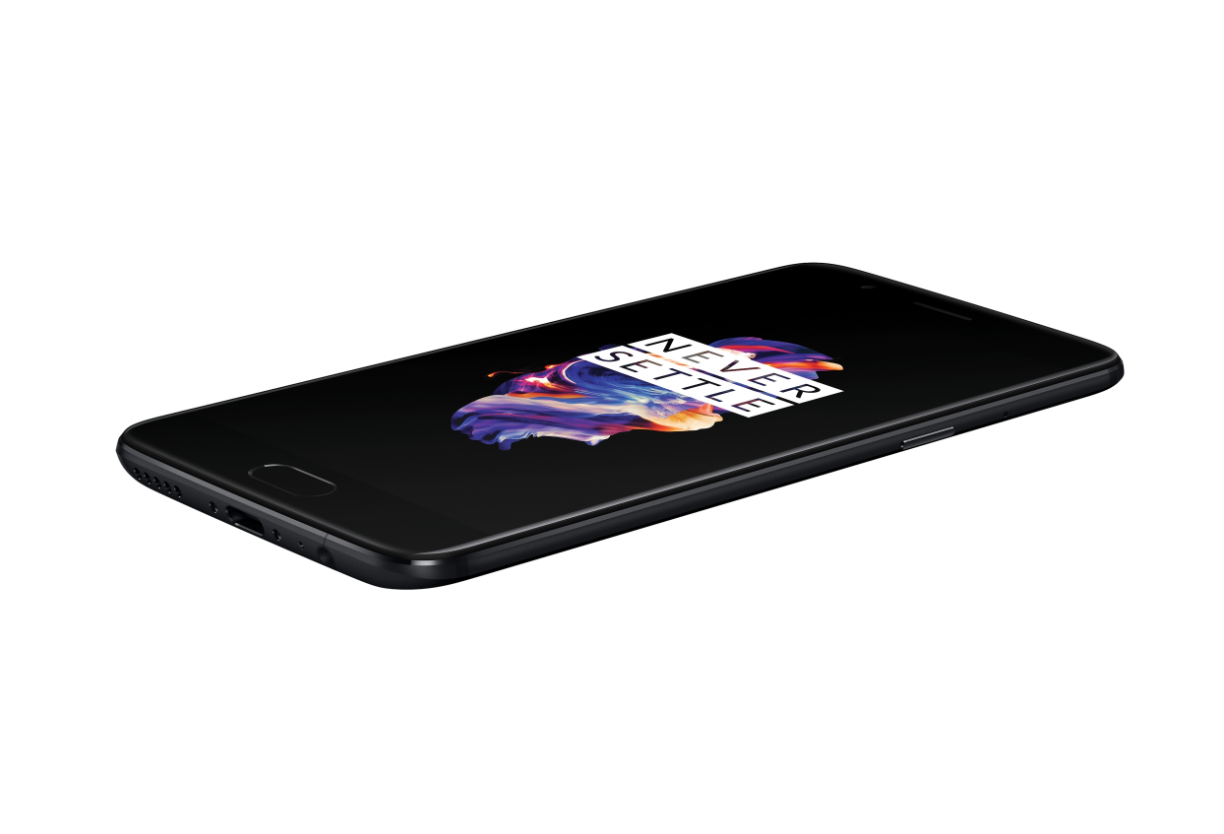 After all the hype, the OnePlus 5 is here. It was unveiled with the whole world joining the global launch event. The design of the OnePlus 5 gives a strong resemblance to the much popular iPhone and many calls it the iPhone Clone but the OnePlus 5 is much more than that because it runs on Android and it has some awesome features as well. Let’s dig in and see what the hype is all about, shall we? Will the OnePlus 5 be a Flagship Killer this year as well?

The OnePlus 5 is a top-end Android phone for a price much lower than that of other flagships. It’s got the Snapdragon 835 system chip, the most powerful on Android currently, an 8GB RAM option, the most we’ve seen in a phone ever, improved camera with portrait mode, and plentiful storage. Here is a look at the specifications of the OnePlus 5. 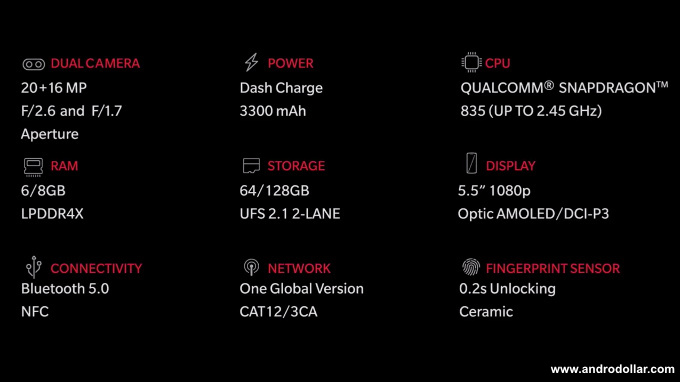 OnePlus is making a big deal about the dual cameras on the OnePlus 5 and they are focusing quite a lot on the Cameras with the OnePlus 5.

The setup is just like the one on the iPhone 7 Plus: a main, wide-angle lens and a secondary ‘telephoto’ lens used to blur the background to have that ‘bokeh’ effect. The main cam uses a 16-megapixel main Sony sensor with an f/1.7 aperture lens, and the telephoto one features a 20-megapixel Sony sensor with an f/2.6 lens. OnePlus says that this is “the highest resolution dual-camera system on a smartphone today.” It’s not just about the resolution, though: the new Portrait mode is possible thanks to a new software algorithm that ensures the subject is properly defined and well-lit.

Even if you use the wide-angle camera, its f/1.7 aperture allows the camera to capture 34% more light than the OnePlus 3T for a big improvement in low-light scenarios. OnePlus has also improved autofocusing speeds, and the new OP5 focuses up to 40% faster than its predecessor.

You also have a manual ‘Pro Mode’, where you get to shoot in RAW and control ISO, white balance, shutter speed, focus, and exposure. A neat histogram is displayed live on the screen and you can even save two profiles to quickly recall when shooting in this mode.

The OnePlus 5 still packs a 5.5″ AMOLED panels with 1080p resolution date back to the OnePlus 3. It does have DCI-P3 support this time around, as seen on the iPhone 7 and Galaxy S8.

Thanks to the new chipset – the Snapdragon 835 – the new phone should last 20% longer than the 3T. Also, Dash Charge is back, promising a full day of battery life in just half an hour of charging.

The Oxygen-covered Android 7.1 Nougat brings several refinements over stock, including Gaming Do Not Disturb mode (which prevents accidental key presses and mutes notifications) and Reading Mode (which enhances legibility with gray-scale mapping automatically).

There are a bunch of less flashy, but nonetheless important improvements in the OnePlus 5: faster 4G LTE, faster Wi-Fi, Bluetooth 5.0, Dual SIM support and a carrier unlock by default.

The expanded 4G LTE bands are hugely important for OnePlus 5’s global ambitions: the phone now supports 4G LTE bands for all major international and U.S. carriers, Verizon Wireless, AT&T, T-Mobile and Sprint included, but this does not mean you can actually use the OnePlus 5 on Verizon or Spint because of the CDMA tech they use.

There is still no microSD card slot, though.

By the way, the 3.5mm headphone jack is still here so nothing to worry there.

The OnePlus 5 will be available online on oneplus.net starting June 27 (Tuesday). You can buy one today if you watched the unveiling, by using the special code that they gave.

The other way to grab a unit early is to visit one of the one-day pop-up stores – in New York on June 20 (today) and in several European capitals on June 21 (tomorrow). The phone will also be available in Asian markets like China, India and Hong Kong at a different time.

Are you planning to buy a OnePlus 5? Let me know and share with your friends.

Here are my reactions to the OnePlus 5!