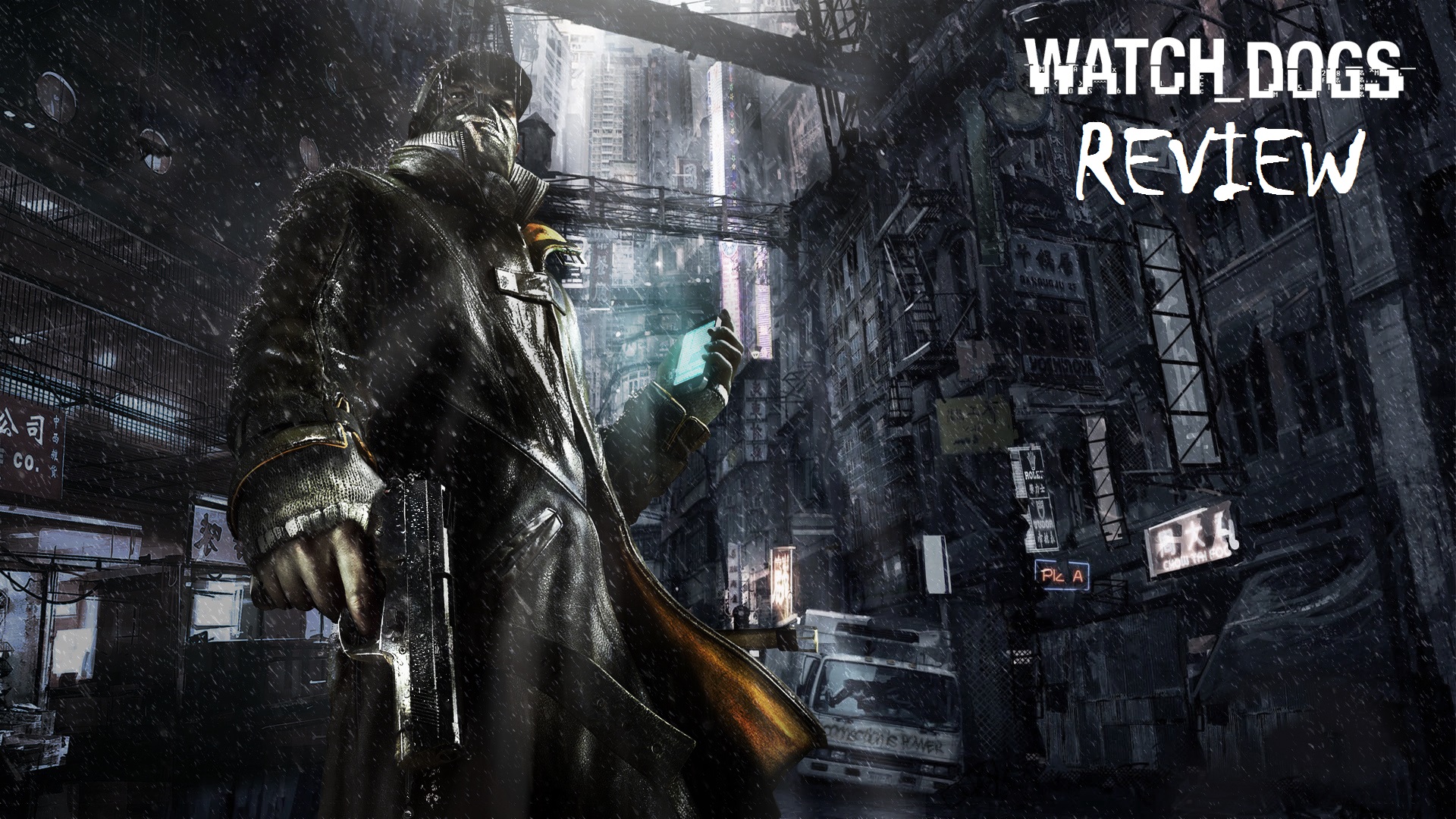 “Hacking is your weapon” is the Tagline for advertising for Ubisoft’s latest game Watch Dogs. Watch Dogs, is one of most anticipated games of 2014, and a lot of Gamers including myself was waiting for the game to launch. The day has finally come, and Watch Dogs is here. You can get it on the Xbox 360, Xbox One, PS3, PS4 and PC. The Nintendo Wii U version will be launched later this year according to Ubisoft.

In-case you havn’t seen the Launch Trailer for Watch Dogs, you can check it out below.

I was able to get my hands on the Game before launch day, and I was able to complete the campaign of the game after lot of hard work. I’m proud to be one of the First people in the world to finish it. Now after a lot of Hands on experience of the game, now I am ready to give a Full Review of the game. So let’s get started. I have always been a fan of Open World games, and Watch Dogs made my desire towards them go up a lot, just like GTA V did not that long ago. The game is set in the city of Chicago in the United States and the Game is all about hacking. According to Ubisoft “Hacking is our Weapon”. Watch Dogs was one of the Most Hyped or if not The Most Hyped game in 2014. A lot of people were excited for watch dogs when it was announced at E3 in 2012, but the game got delayed several times and finally it got a release date, and it was set to be today (27th of May). Even after that delay people were still ridiculously excited for the game for the unique nature of it. It was not just another Open World Game. It had more than that in the core.

The story of the game is based on a man called Aiden Pearce, who is also known to be the Vigilante in the story. He has to go through hell, to save his family from the main villain. Aiden is being helped by Jordi Chin another criminal who takes “Jobs” and another 2 hackers, Clara and T-Bone. I won’t spoil it for you with all the details, I’ll leave it up for you to finish it and see what happens in the end. If you want a run down of the Cast of Watch Dogs, you can checkout the video below by Ubisoft that runs down the main characters.

The story line was also quite good, and had a lot of exciting moments in it. I almost got mini Heart-Attacks while playing the campaign. There were a lot of exciting parts and some parts of the game was really difficult to be honest, especially when it came to the act 4 and act 5. No matter how hard it was it is certainly doable, and I have proved it. There are Juggernauts in the game, that are greatly difficult to kill sometime; Near the end, I used 3 grenades, 2 IEDs and still the Juggernaut was not killed, then I had to shoot him with the High Powered shotgun to get him to die.

The game also has a big strategic influence. In some parts and missions we just have to use the Camera system to finish the entire mission and we also have to solve puzzles to gain access in to systems, which in some cases takes some time. It is certainly fun sometimes, because it is not seen in other games like this.

With a press of a button on his cell phone, Aiden can scan his surroundings (Using Profiler), thanks to an always-on connection with the city’s digital operating system, CtOS. This allows him to get any information, easily at any time. The scan reveals their names, occupation and salary as well as a short line of flavour text that shares something about that person. Some phones are open to hacking, meaning you can steal money from the owner’s bank accounts, read text messages or listen in on phone conversations. Others will give you a tip about a possible crime, leading to an in-game side mission. But many are simply there for you to crack into and glimpse these people’s private lives. This is really a good and fun way to kill some time.

As the game progresses, you’ll often hack the internal servers of Blume Security, the company behind CtOS. Despite a sparkling clean public image, it turns out the firm has been secretly recording people and capturing private moments through security cameras, smartphones and webcams in their homes. This all sounds fun doesn’t it?

Now Talking about the Vehicles, they were quite good for my taste. I really enjoyed the Sports Cars, and the Car On Demand app that lets you order a vehicle, and it will instantly be there. There is a wide variety of vehicles from cars to vans to Jeeps to lorries to bikes. We also have Boats, which helps us travel through the water ways. You can checkout the full list of Vehicles here. The Weapons on the game was also good. Each weapon had been given a rating, and as you go up the story you find better weapons. We also have a weapon wheel something similar to what we had with GTA V, so it is easy to switch. We also have a Progression Chart, that shows how far you have finished. This also shows your side mission progress. Below is a picture of my progress chart. Ubisoft has also integrated an Upgrading System in to the game called the Skill Tree. We collect points when we finish missions, and we can use the points to buy these upgrades. Upgrading becomes a must when going up the story line, it helps us improve the hacking abilities to shooting skills to driving skills to crafting. Talking about Crafting, we also have a crafting system, like we saw on Far Cry 3. By this we can buy items from a local shop and make our own grenades and other useful things (or you can just go to a gun shop and buy pre-made grenades, which are more expensive). All of the above mentioned features and more are acessible through Aiden’s smartphone. The interface of that looks like this. There are also other fun stuff to do in the game, and the Online mode is supposed to be more fun. You hack other players while playing and that will be awesome. You can also go on a killing rampage. Watch Dogs, will always be in our minds as an open-world spy thriller that delivered. I will highly recommend this game to anyone who haven’t played this yet. It is awesome, and it is Unique as I mentioned before. So is it good? My answer is “Yes Yes Yes” and Who would say No to blowing up Steam Pipes and Destroying the City.

So what do you think about Watch Dogs after reading my review? Did this make you want to get it even more? Do you already have the game? What do you think? Drop a comment down below. If you don’t have the game yet, What are you waiting for? Go get it now.

You can buy Watch Dogs from Amazon here.