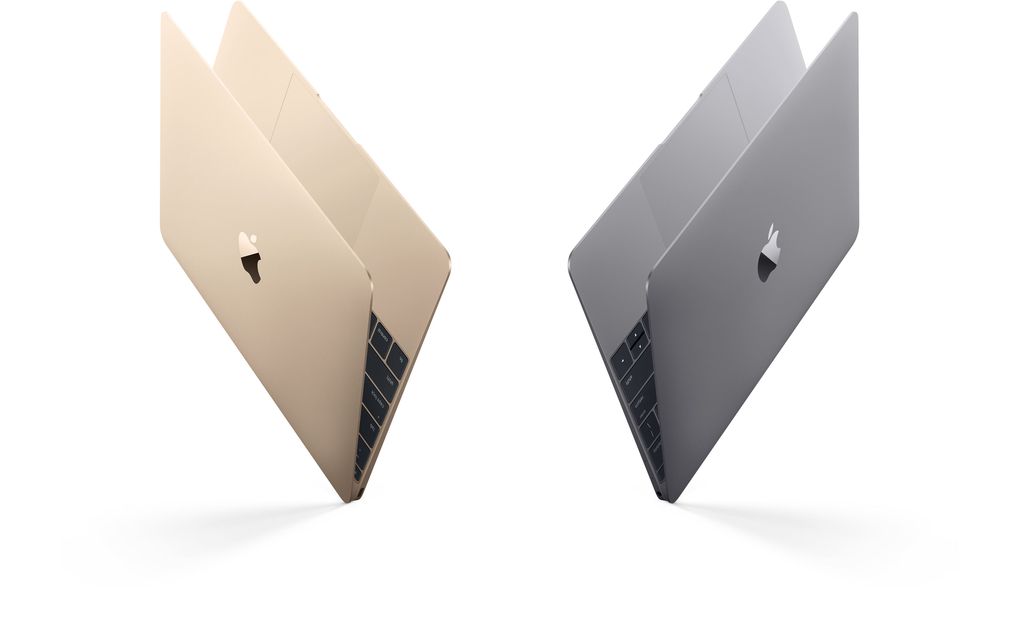 I reported a few times earlier that Apple is working on a new super slim Macbook, and back then we thought it would be the successor to the Macbook Air, but today at the Apple Event they unveiled the long waited Macbook with a retina display. Guess what, it’s also called just the “Macbook”

The all new Macbook is 24 percent thinner than the 11-inch MacBook Air, measuring 13.1mm in thickness. There’s an all-new keyboard, which spans the full width of the new MacBook. The keyboard features a new “butterfly mechanism” for a better, “much more precise” typing experience. The keyboard also has individual LED lighting for each key, helping to make the device that little bit thinner.

The new MacBook has a 12″ Retina Display with a Resolution of 2304 x 1440. Apple says that it consumes 30 percent less power than previous displays. That’s always nice to hear.

The touchpad has also been changed. The Touchpad no longer clicks. There are four force sensors, one in each corner, and the “click feel” is managed by software. That allows the MacBook to have pressure sensitivity, which leads to cool new uses such as pressing harder on the fast-forward in QuickTime to make a video play faster. Apple calls this a Force Click.

Looking at the side of the new MacBook, we can see the new USB Type-C connector, making this the first laptop to feature the upgraded, reversible USB standard. You will need a $79 adapter to plug in more devices or charge the Macbook.

The logic board is 67 percent smaller than previous generations and is the densest that Apple has ever put together. The new Macbook is also fanless. It will be powered by Intel’s Core M Broadwell CPU. Battery life is promised to extend up to nine hours of web browsing or 10 hours of movie playback.

The new MacBook will be available in 3 Colours; Silver, Space gray, and, Gold. Downside is the new macbook doesn’t have a Glowing Apple Logo; Instead it will feature a Shiny Finish.

The starting price is $1,299 and shipping begins on April 10th. Anyone interested in getting one?