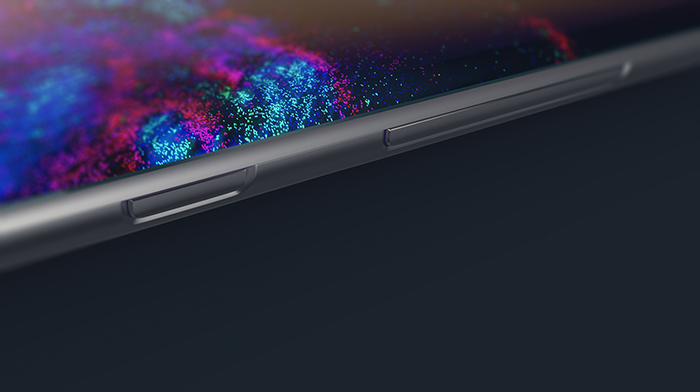 Galaxy S8 rumors just keep piling up. If you have been checking out Andro Dollar recently you must have seen that there has been a lot of coverage around the Galaxy S8 with many rumors. The latest rumor suggests that Samsung will be going for a All Screen Design with no bezels or Home Button.

Rumors are claiming that Samsung plans to introduce several variants of the Galaxy S8, with two screen sizes and the phone will feature a QHD (2560 x 1440) display with a all screen design. The screen itself will remain a Super AMOLED, but reportedly upgraded from PenTile to a full RGB matrix. We should see only curved “edge” displays in this generation, in 5.1” and 5.5” sizes. According to Bloomberg, “The new phones will only come with wraparound displays using organic light-emitting diode technology”. Bloomberg’s sources also said that the phone could launch later than we expect it to, the Galaxy S8 launch could be postponed to April, as the company is allegedly implementing ‘tougher testing procedures’ in order to avoid another huge fail following the Galaxy Note 7.

The control keys below the display will become virtual, perhaps using Qualcomm’s ultrasonic fingerprint reader, which can hide below the glass which Xiaomi used for the Mi 5s and Mi Mix.

Like we reported earlier, there will be no 3.5mm headphone jack and also no dual camera setup as well. Instead Samsung may focus on software improvements with an in-house digital assistant built by the recently acquired Viv Labs that made Siri.

Stay tuned to Andro Dollar for the latest on the Galaxy S8 and spread the news with your friends.