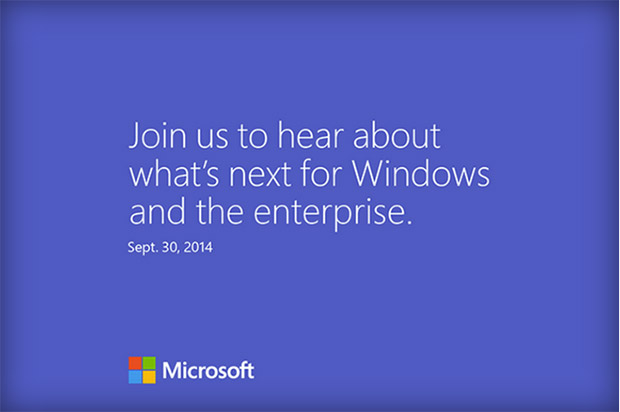 Microsoft sends out Press Invitations for the Unveiling of Windows 9

If you recall, we already did a report on an alleged unveiling day for Windows 9 Previously to be the 30th of Setpember. Now it is Official. Microsoft started sending Press invites today for an event that it’s holding On the 30th of September. This event plans to give us a chance to see what is new for enterprise and Windows.

According to the The Verge, Joe Belfiore and Terry Myerson will be speaking at the event, focusing on the enterprise side of Windows. We know that Windows 9 is also coming, specially after the series of Leaked Images and Videos we saw last week.

It is expected that Microsoft will launch the Developer Preview on this day to developers, and the Final retail version will be shipping early next year. Windows 9 aka Project Threshold, is expected to have New Features like Virtual Desktops, Newer Notifications Support, Cortana, Interactive Live Notifications and More.

Stay tuned to Andro Dollar because we will be covering the event Live.