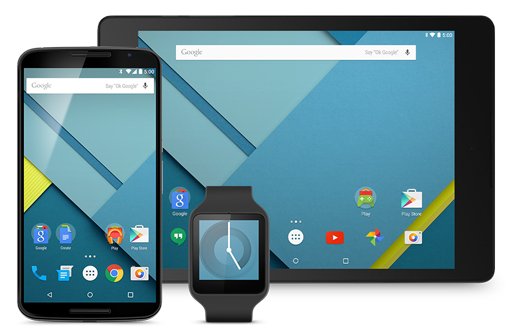 Google unveiled 3 new Nexus Devices and the Name of the next iteration of Android, on 15th. In case you missed, Google released the Nexus 6, Nexus 9 and Nexus Player along with naming the next version of Android Lollipop. Google also promised that they will release the Updated Android Lollipop Preview Images for the Nexus 5 (GSM) and Nexus 7 (2013 Wi-Fi) along with the Android 5.0 Lollipop SDK on the 17th, and it’s here. Nexus users – Time To Update!

The original developer preview that was then known as Android L was announced back in June at Google I/O 2014. Then the images were updated once in August which added support for Google Fit. This is the 3rd Update, and most certainly the last; since the final update is coming soon. The new developer preview is based on build LPX13D.

A lot of issues have been fixed in this version, but still it might have some bugs as it is not a Public version. So if you’re not a developer, you should probably stay away from them, and wait for the official software to start rolling out.

Talking about developers, if you are a developer you can try out the latest SDK now. This allows devs to start working on getting their apps ready for the new OS version. Lollipop comes with 5000 new APIs according to Google.