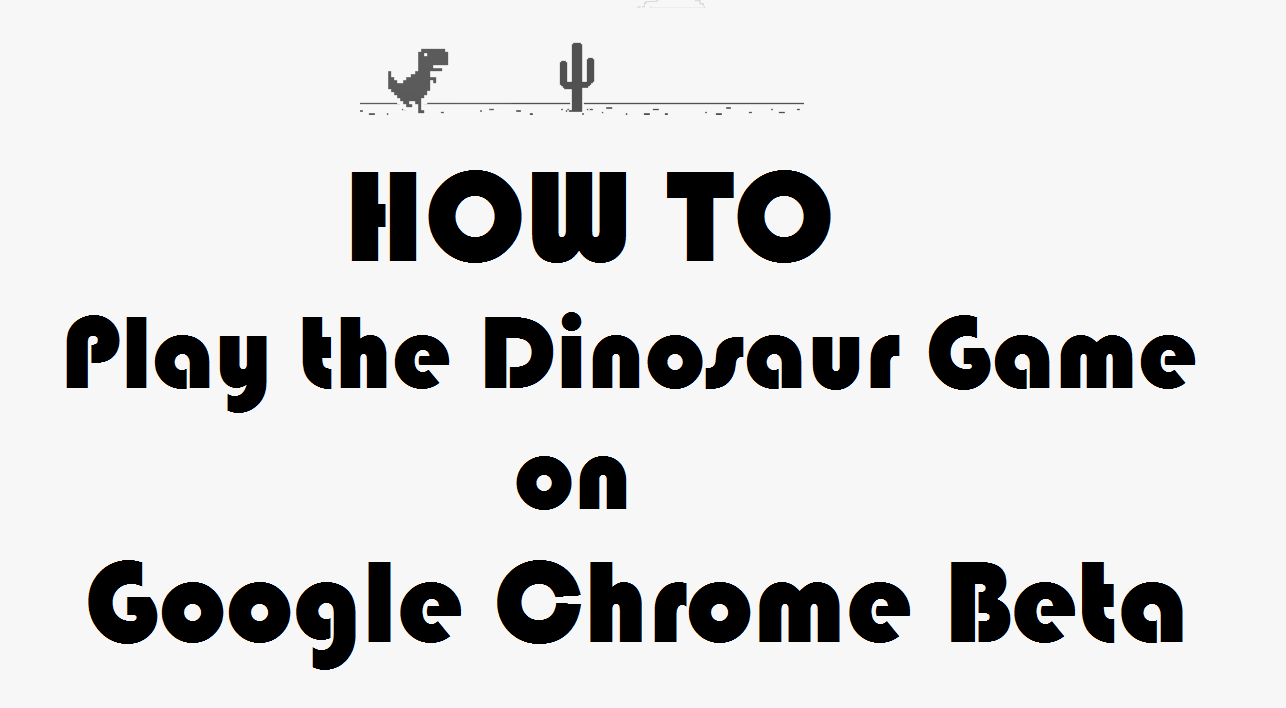 HOW TO : Play the Dinosaur Game in latest version of Google Chrome Beta

So with the latest Update for Google Chrome Beta, Google Introduced a New Easter Egg when the Internet connection is not available. So when I Shared Photo of that on Instagram earlier, a lot of you messaged me asking how to get it up and running, so I decided to make a tutorial on just that.

Is it me or, is Google that smart to put a Fully Working Game in to Google Chrome when you’re not Online? Much WOW! #TeamAndroDollar #GalaxyNote3 #BrilliantStuff #TechILove #GoogleFTW #lka #Google #DreamBig #HighOnAndroid #SpamForSpam #GoogleChrome #Chrome #Browsers #Smartphone #Game #Gamer #Unique #IAmBanu #EatSleepAndroDollar

1) First Make sure you have Google Chrome Beta installed and Fully Updated on your Phone.

2) Next Turn on Airplane Mode. This is to make sure you don’t have internet access.

4) Now you will see a Dinosaur on the Screen. Tap on it to start the Game.

5) When the game has begun, the Dinosaur will start moving ahead, but the giant raptor’s path will be blocked by cacti. So the mission is to jump over them, otherwise it’s game over. To make the Dinosaur jump, tap on the screen.

That’s it. It’s that simple, and it’s great that Google is doing creative things with Easter eggs. Anyway this is not the First time Google has incorporated a game in to an Easter Egg. The most recent one was using the Flappy Bird like game on Android Lollipop.

If you think that the Tutorial was Helpful, Share it with others to spread the word. If you have anything to add in, Please leave a comment down below in the comments section.