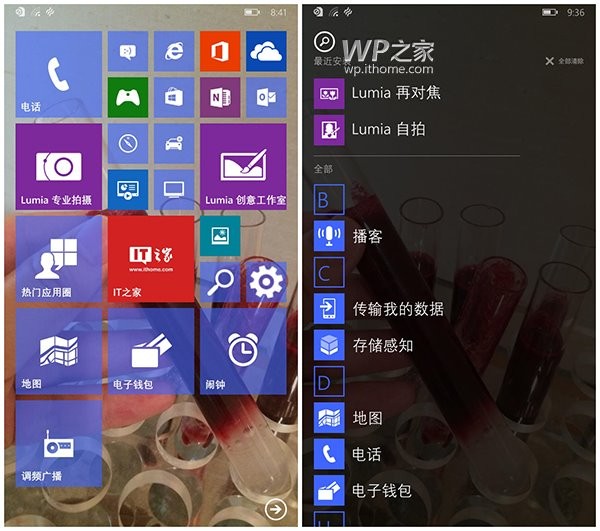 Microsoft said that they will push the Windows 10 Update to Mobile devices in February, but it isn’t still available yet. That being said, Some people in China, has already got their hands on the latest update and they have leaked some screenshots.

The New leaks show us a lot of stuff from the new Notification Center to the Quick Toggles and also the Update Screen.

The other screenshots we got are in Chinese, but they also show us Windows 10 in Action. We can clearly see the new Recording App, Alarm, and the Keyboard in action. We also get a sneak peak at the New Home Screen that Microsoft showed off at their event back in January. Checkout the Images below.

All Windows 8 devices are said to be getting this update to Windows 10 according to the latest claims, and The technical preview of Windows 10 is scheduled to arrive later this month. Stay tuned to Andro Dollar because I will inform you when it hits the masses.

Now it’s time for you to Share the Cool pics of Windows 10 with your Windows Loving Friends. Feel free to Drop a comment telling us What you like about the new update.