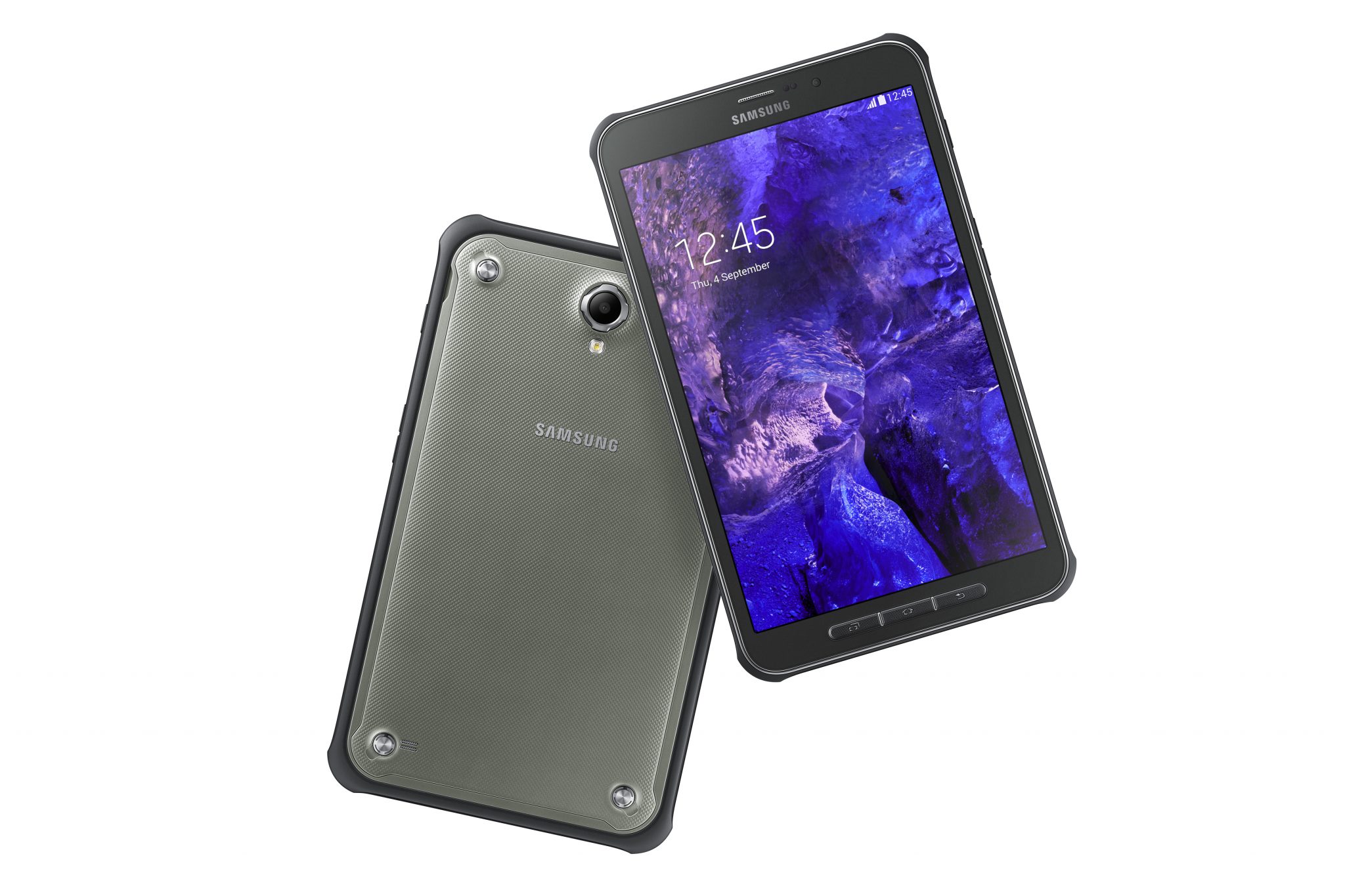 Yesterday at their Unpacked Event, Samsung unveiled the Galaxy Note 4, Galaxy Note Edge & Gear VR. Today, Samsung has announced one more new device at IFA 2014. It is a Rugged Tablet from Samsung, and they call it the Galaxy Tab Active.

The Galaxy Tab Active has the IP56 certification. However, unlike other water-resistant tablets on the market – like Sony’s Xperias – the new Samsung slate isn’t really made for regular users, but for businesses (though that will probably not stop you from buying one, if you want to really get one). The Galaxy Tab Active has a rugged look, and it looks quite like the Galaxy S5 Active. It is protected by an anti-shock covering that can withstand drops from up to 1.2 meters. Of course, the extra protection means the Tab Active isn’t the prettiest tablet around, but it will be pretty secure. Samsung didn’t say exactly when the Galaxy Tab Active would be released nor they mentioned anything about the price.

Stay Tuned to Andro Dollar for the Latest from IFA 2014, and Share the news with your friends.